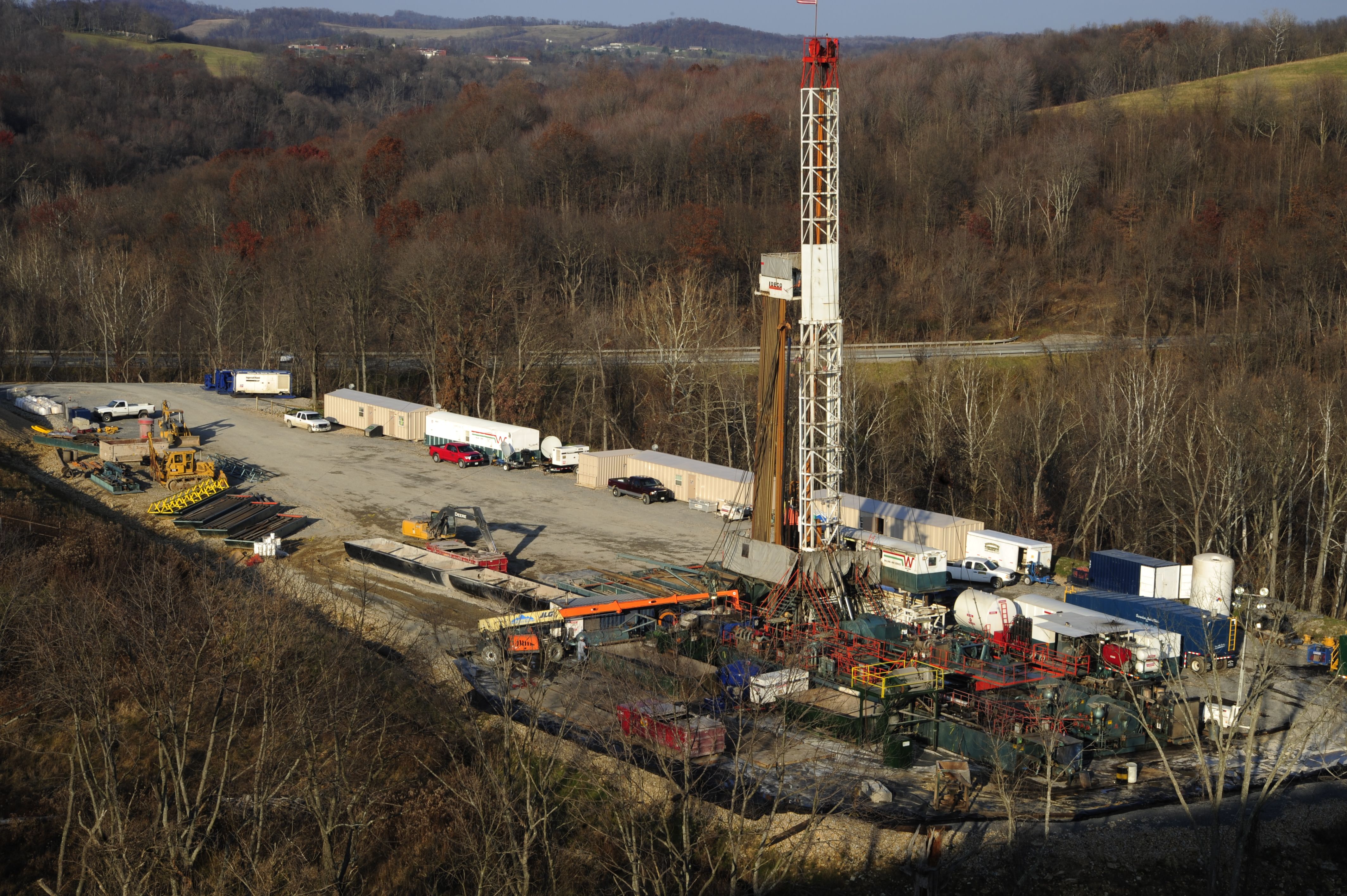 Some Facts about “Fracking” (source: www.foodandwaterwatch.org)

Fracking or hydraulic fracturing, is the process of injecting large volumes of various mixes of water, sand and chemicals deep underground , at extreme pressure, to create fractures in targeted rock formations – so that tightly held oil and gas might flow.

Halliburton was the first company to conduct hydraulic fracturing operations in 1949.  2.6 million oil and gas wells have been drilled in the US since then and about 1.1 million of these are actively producing.

About 1million wells have been abandoned and of these about 200,000 are inadequately plugged allowing contaminants to flow to the surface or into underground drinking water. The locations and depths of many thousands more are not even known.

About 30,000 wells are injection wells drilled for the purpose of disposing industrial fracking wastes. Made of concrete and steel, these wells age and degrade over time.

Large scale hydraulic fracturing operations began in the year 2000. 15 million Americans live within one mile of a well drilled after 2000.  Many more live alongside other polluting infrastructures that support oil and gas production.

Typically about 5 million gallons of water is required to drill and frack a single shale gas or tight oil well. Almost all of the water used in fracking fluids is not available for reuse, and is underground indefinitely.

The industrial waste products from fracking are often illegally dumped in landfills. Sometimes they are put through conventional wastewater treatment facilities which are not equipped to treat fracking wastewater. So the contaminants pass through the facility and are discharged into rivers.

Contaminants also indirectly seep into and contaminate ground water or aquifers through the network of pathways created by drilling and fracking. It is believed that long-term aquifer contamination is a ticking time bomb, with grave implications for water availability and for local economies.

Before the year 2000, the central and eastern US consistently registered about 20 magnitude 3.0 or greater earthquakes per year. In 2014 Oklahoma alone registered 585 magnitude 3.0 or greater earthquakes. It is now believed that the increase is due to fracking. The high volume of wastes injected into wells lubricates faults or increases pressure beyond the strength of intersecting faults.

An earthquake’s seismic waves may also exacerbate the problem of leaky oil and gas industry wells.

The oil industry has begun to prefer transporting oil by train to refineries, for the flexibility it offers. These trains carry large quantities of oil, often 2.5 million gallons per train and are sent very long distances, typically about a 1,000 miles.

Drilling and fracking give rise to three kinds of air pollutants: clouds of silica dust from mining; plumes of combustion byproducts from engines, flares and explosions; and the pollutants that they bring to the surface and leak into the air while mining.

Many of these pollutants are toxic and known to cause various illnesses such as cancer, TB, COPD, kidney disease, and autoimmune disease.

It is estimated that about two thirds of US climate pollution stems from the oil and gas industry with a little less than 30% stemming from natural gas production, processing, transport and use.

Methane is a significant source of fracking pollution and global warming. A pulse of methane traps 87 times more heat than a pulse of carbon dioxide over a 20 year time frame.

The EPA only regulates fracking fluids that contain diesel fuel. Fracking fluids without diesel fuel are exempt from regulation. This exemption is known as the Halliburton Loophole. Companies have been found to conceal their use of diesel fuel.

According to the Toxic Substances Control Act, fracking companies do not have to disclose all the chemicals they pump underground because they claim and are granted “trade secret protections.”

The oil and gas industry is exempt from key provisions in all of the landmark environmental laws, including the Clean Air Act, the Safe Drinking Water Act, the Clean Water Act and laws regulating hazardous waste.

The oil and gas industry declares that fracking will result in US energy independence and security. However 60% of natural gas production is designated for export to other countries.

Allowing more fracking means that oil and gas companies will continue to:

produce massive volumes of toxic and even radioactive waste, the disposal of which is causing earthquakes

cause thousands of accidents, leaks and spills each year that threaten public health and safety and put at risk

pump hazardous pollutants into the air, at the expense of local communities, families and farms

the coming years and decades

emergency and other social services, damage to public roads, declines in property value,

What we can do:

As responsible citizens we must ban fracking, investigate contamination claims,